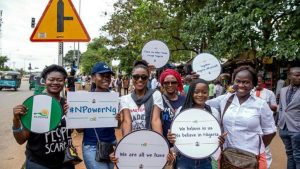 Naija News recalls that the Federal Ministry of Humanitarian Affairs, Disaster Management and Social Development had announced the transitioning of Independent Monitors recruited to monitor Batch A and B of the N-Power programme as well as other National Social Investment Programmes.

Sadiya Farouq, the humanitarian Minister, had said in a statement signed by the Deputy Director of Information, Rhoda Ishaku Iliya, that the National Social Investment Programme (NSIP) was inaugurated by President Muhammadu Buhari in 2016 with the mandate of lifting citizens out of poverty through a number of Social Interventions which include N-Power, National Home-Grown School Feeding Programme (NHGSFP), Conditional Cash Transfer Programme (CCT), and the Government Enterprise and Empowerment Programme (GEEP).

The  Minister had said, “As we commence the transition of Batch A and B N-Power beneficiaries, the ministry will conclude activities of the Independent Monitors enrolled with those two batches by 31st July 2020.”

Farouq had thanked the Independent Monitors for their service in monitoring the activities and programmes of the National Social Investment Programmes.

“The Federal Government appreciates their support during the period of engagement and looks forward to onboarding a new set of monitors with the roll-out of the Integrated National Social Investment Programme, set to kick-off when the new N-Power Batch C beneficiaries come on board”.

However, an applicant, Lawan, recently shared news saying that Batch A and B Npower beneficiaries were still in the programme and asked N-Power for the authenticity of the news and the scheme simply replied that it’s fake news.