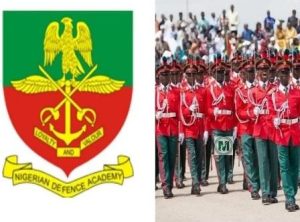 The Nigerian Defence Academy (NDA) has released the list of successful candidates in the screening test earlier conducted by the academy.

The NDA in a statement on Wednesday, invited all the successful candidates in the publication to appear for an interview before the Armed Forces Selection Board (AFSB).

The candidates whose names appear in the list were successful in the Screening Test held on Saturday 15th August, 2020 for the 72nd Regular Course 2020.

The interview for the candidates will hold in batches at the Nigerian Defence Academy Ribadu Campus, Kaduna between Saturday 12th September – 24th October, 2020.

The successful candidates, who have been divided into 3 batches are to appear before the board based on their scheduled dates as shown below: