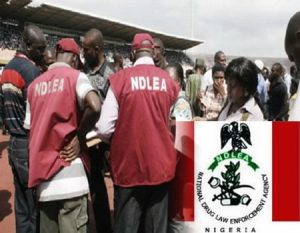 The National Drug Law Enforcement Agency (NDLEA) has announced the appointment of Femi Babafemi, former editor of Saturday Sun newspaper, as its director of media and advocacy.

Naija News reports that Babafemi’s appointment was made known in a statement issued on Tuesday.

Babafemi’s appointment takes effect immediately, and he is expected to lead the publicity and advocacy campaigns of the agency.

The board and management of the newspaper are said to have approved a leave of absence to enable Babafemi take up the assignment.

“The appointment, which takes immediate effect, will enable the new appointee leverage on his almost two-and-a-half decades of experience in journalism, media, and strategic communications to lead the publicity and advocacy campaigns of the Agency as envisioned by its new Chairman/Chief Executive, Brig. General Mohamed Buba Marwa (Retd),” the statement reads.

Babafemi joined The Sun newspaper in 2003 as a pioneer staff and left as deputy news editor in 2008, when he was appointed by the Economic and Financial Crimes Commission (EFCC) as its head of media and publicity.

In 2012, he returned to the newspaper as an assistant editor, and was subsequently promoted to the position of deputy editor in June 2013.

In 2017, he was appointed as the substantive editor of Saturday Sun.

Babafemi holds a Masters degree in public and international affairs from the University of Lagos, and a Bachelor of Arts degree in English language from the Obafemi Awolowo University, Ile-Ife.