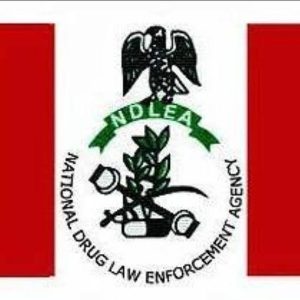 The National Drug Law Enforcement Agency (NDLEA) has warned members of the public against the fake news flying around that it has resumed its suspended recruitment exercise.

NDLEA in a statement on Saturday in Abuja by its Head of Public Affairs, Deputy Commander of Narcotics, Jonah Achema disclosed that some scammers are trying to dupe unsuspecting members of the public by spreading fake information that the organization has resumed its suspended recruitment exercise.

He, therefore, warned members of the public to ignore the fake recruitment portal created by the scammers and avoid paying money to them.

Naija News recalls NDLEA had in January 2021, suspended its recruitment exercise based on a federal government order hinged on the need to curb further spread of COVID-19 in the country.

The NDLEA had released the list of successful candidates and announced the dates for screening and documentation of 5,000 candidates before the federal government order overruled the move.

Giving an update on the suspended exercise, the NDLEA spokesperson said the organization has not resumed the recruitment exercise and the public should tread cautiously and avoid internet/job scammers.

“The agency wishes to inform the general public that there is no fresh recruitment exercise going on.

“The public are warned to be wary of these scammers. All prospective applicants will be duly communicated once the screening resumes.

“It is also important to note that NDLEA will not ask for any fee from any applicant,” he was quoted to have said by NAN.

Meanwhile, the federal government has said it cannot sit down and allow governors to talk the way they want, asking them to play their part in tackling banditry.

The Minister of Defence, Maj. Gen. Bashir Salihi Magashi (Rtd) made this known on Saturday in Kano after revalidating his APC membership at his Galadanchi ward of Gwale LGA of Kano State.

He urged governors and other representatives to play their part in tackling banditry and other security challenges bedeviling the nation.

Magashi maintained that the federal government remains committed to securing the lives and properties.