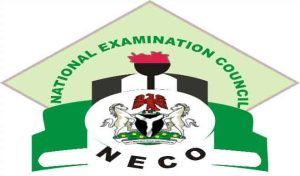 The National Examination Council, NECO, on Tuesday noted that it’s officials would swear an oath of allegiance before participating in the forthcoming examinations.

The development was disclosed by the Registrar and Chief Executive Officer of NECO, Prof. Godswill Obioma during a press briefing to unveil the examination time table for the conduct of the 2020 examination.

The Registrar noted that to ensure the safety of students writing the examination and it’s officials, NECO has prepared a Manual Guideline for the preparation of schools in the context of COVID-19 and in harmonization with WAEC and NABTEB.

Obioma added that the guidelines put in place cover critical areas such as decontamination of centers and schools, maintaining social distancing, use of water, hand washing facilities, sanitizers and face mask by school proprietors, parents and guardians, exam officials, candidates and security officials among others.

According to him, the scheduled exams include the NECO-BECE from 24th August to Monday 7th September, NECO-SSCE Monday 5th October to Wednesday 18th Nov, 2020 and NECO-NCEE for admission of JSS1 students into Federal Unity Colleges, Saturday 17th October 2020 and also, the BECE (re-sit) for 11th and 12th of Nov. for the prescribed relevant subjects.

Obioma further reiterated NECO’s zero-tolerance to examination malpractice, saying” we will not hesitate to close down any exam centre involved in malpractice and moving the students to another center. ”

He then called on parents to register their wards within the timeline given.