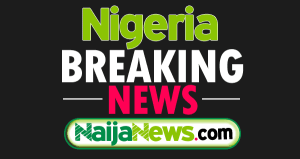 This is a round-up of some-breaking news in Nigeria Today, Today, Tuesday, 22nd, September 2020.

Former Vice President Atiku Abubakar and his family members have been placed under surveillance by the Financial Crimes Enforcement Network (FinCEN), an agency of the U.S. Department of Treasury.

According to Premium Times, some transactions linked to Atiku were flagged as suspicious by the FinCEN.

The All Progressives Congress (APC) has asked former National Chairman of the party, Adams Oshiomhole and other leaders in Edo State to congratulate Governor Godwin Obaseki on his re-election.

This was made known in a statement on Monday by the Chairman, APC National Caretaker Committee, Governor Mai Mala Buni.

This the Junta announces on national television, today, while stating that the new president will rule in the country for several months until they pass leadership to civilians.

The Nigerian Army has issued a statement on Colonel Dahiru Bako who was killed by Boko Haram terrorists in an ambush.

Naija News had reported earlier that Colonel Bako, who was the Commander, 25 Task Force Brigade fighting the insurgents in Borno State, northern Nigeria, was killed in an ambush set up by the Boko Haram fighters.

The United Government has reacted to the recent letter written by Governor Yahaya Bello of Kogi State over the visa ban slammed on some politicians in the country over electoral malpractices.

The spokesperson for the Embassy of the US, Jeanne Clark, on Monday noted that the United States is yet to receive any letter from the Kogi State Governor.