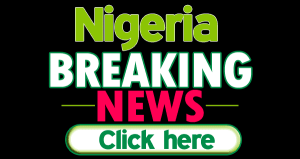 This is a round-up of some-breaking news in Nigeria Today, Wednesday, 26th, August 2020.

President Muhammadu Buhari on Tuesday promised Nigerians that his government will use the remaining years in office to improve the welfare of its citizens.

Fani-Kayode Is An Intolerant Fellow-NUJ

The Nigeria Union of Journalists (NUJ) has slammed former Minister of Aviation, Femi Fani-Kayode for verbally assaulting a journalist during a press conference in cross rivers state.

It will be recalled that Fani-Kayode had attacked Eyo Charles, a journalist who asked him a question at a press conference in Calabar, Cross River State, last week.

Ondo 2020: Gov Akeredolu Will Be Back-Stabbed By His Party Members – Primate Ayodele

Primate Elijah Ayodele of the INRI Evangelical spiritual church has sent a warning to the All Progressives Congress in Abia State on the choice of its governorship candidate in 2023.

The cleric in his statement noted that for the APC to be victorious in the 2023 election, it must choose a former APGA member who decamped to APC.

The Ondo State Governor who noted that for Jegede’s ambition to materialize, he must wait for 12 years, revealed that it is not yet the turn of the Central Senatorial District to produce the Governor of Ondo State.

The Chief Judge of the Federal High Court, Justice John Tsoho, has been petition by the All Progressives Congress, asking for the transfer of two suits filed against the candidacy Osagie Ize-Iyamu as the governorship candidate of the party in the September 19 election, from Justice Taiwo Taiwo to another judge of the court.

The opposition party noted that it would not get Justice if Justice Taiwo rules over the suit because of his alleged relationship with the Rivers State Governor, Nyesom Wike, who belongs to the rival Peoples Democratic Party.