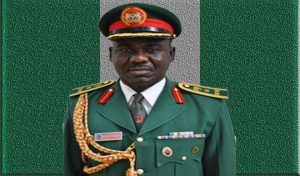 The Nigerian Army Medical Corps (NAMC) and School of Medical Sciences (NASMS) has officially reacted to a report that it has open its Portal for admission.

Speaking via a press Statement, Nigerian army debunks the report stating that it was fake admission websites. Nigerian Army therefore warned Nigerians against patronising websites offering to secure admission into the school at a fee.

According to spokesman for NAMC, Lieutenant Yusuf Mohammed, the headquarters Nigerian Army Medical Corps and Nigerian Army School of Medical Science have no role in the establishment or operations of “these fraudulent social media websites.”