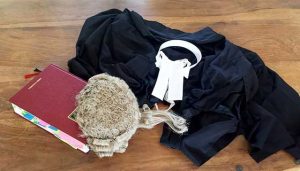 A report from the Office of the auditor-general of the federation has dragged the Nigerian Law School (NLS) into thirty-two million naira fraud.

The alleged misappropriation of funds by the NLS was first reported by the punch newspaper.

Speaking on the fraud, the Office of the auditor-general of the federation, said the NLS paid N32 million illegally into the account of an unnamed cleaner over a period of 12 months.

The management of the school also in 2013 alone, paid N36 million ‘several times’ to 52 member its staff as dressing allowance.

“The examination of payment records revealed that the Nigerian Law School several times paid N36m to staff as dressing allowance in 2013 alone,” the report read.“The Management could not substantiate these payments with any approval from Salaries and Wages Commission to enable the audit team to determine the genuineness of these payments to staff. No appropriation in this request.”

Isa Hayatu Chiroma, director-general (DG) of the NLS, was reported to have expressed surprise over the auditor’s report, but that he said he was not the NLS DG when the financial infractions happened.

The auditor-general, Anthony Ayine, also said he uncovered several anomalies in the financial records of the Nigerian Law School over the years.

Naija News reports the current DG of the Nigerian Law School has been directed to work on the recovery of the funds.