The PUNCH: The Economic and Financial Crimes Commission has launched a discreet investigation into the finances of the 18 political parties in the country and their presidential aspirants. This followed the humongous fees paid for expression of interest and nomination forms by aspirants vying for various elective offices in the parties. 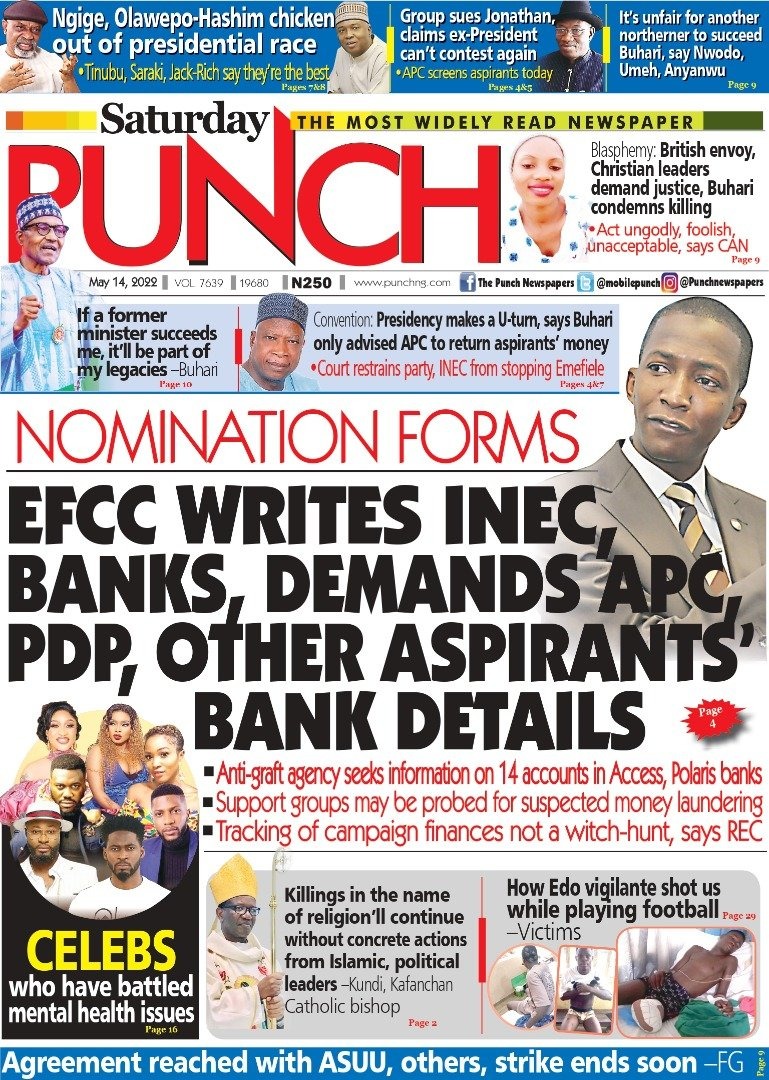 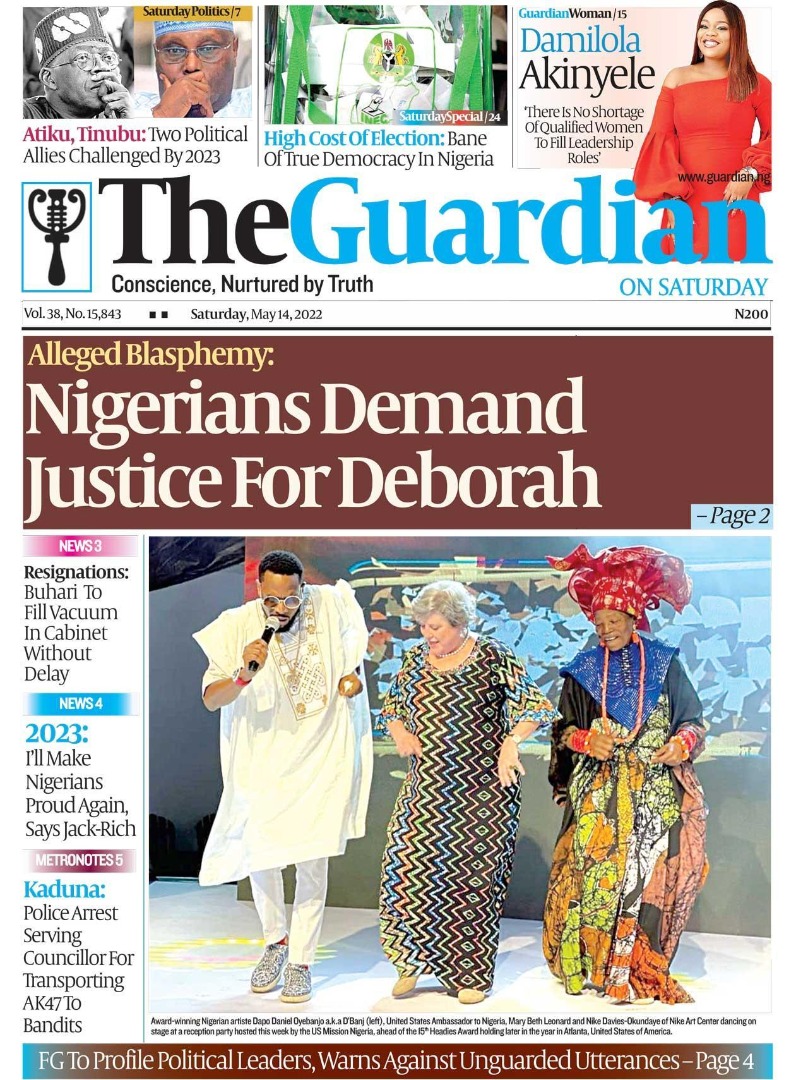 This Day: The Christian Association of Nigeria (CAN), the Northern States Christian Elders Forum (NOSCEF) and the British government have condemned the murder of Deborah Samuel, a 200-level female student of Shehu Shagari College of Education, Sokoto, by some fanatical students of the same school for allegedly blaspheming Prophet Muhammad (SAW) in a Whatsapp post. 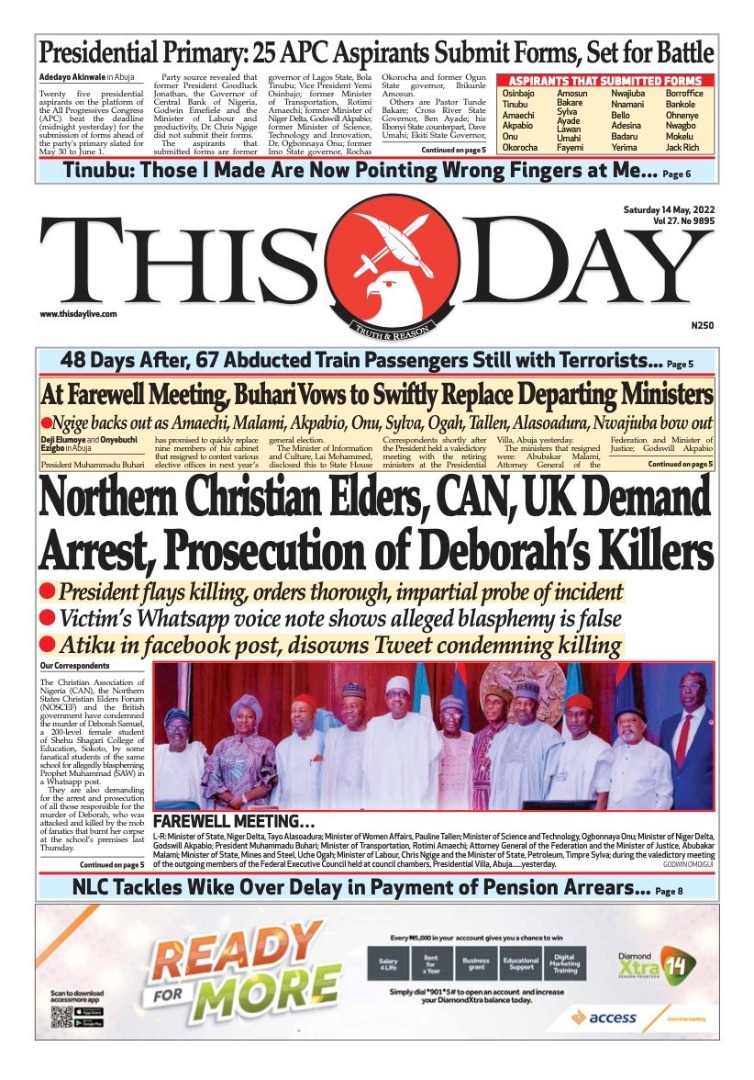 The Nation: Twenty-five of the 29 presidential aspirants that purchased the All Progressives Congress (APC) expression of interest and nomination forms are now in the frame to face the party’s screening panel later today having submitted their completed forms at press time last night. 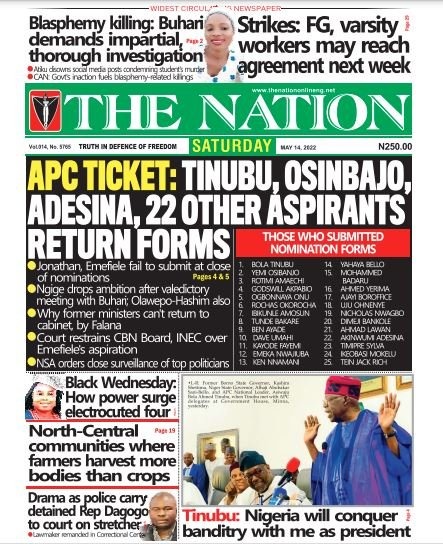 Saturday SUN: attempt by either the ruling All Progressives Congress (APC) or the Peoples Democratic Party (PDP) to jettison rotation of their presidential tickets to the South in 2023 would endanger Nigeria’s unity and the current democratic system. This was the opinion of the Yoruba Council of Elders (YCE) and the Yoruba socio-political group, Afenifere. Reacting to dumping of zoning by the two major parties, General Secretary, Yoruba Council of Elders (YCE), Dr. Kunle Olajide said  it  was a dangerous development capable of jeopardizing the nation’s democracy. 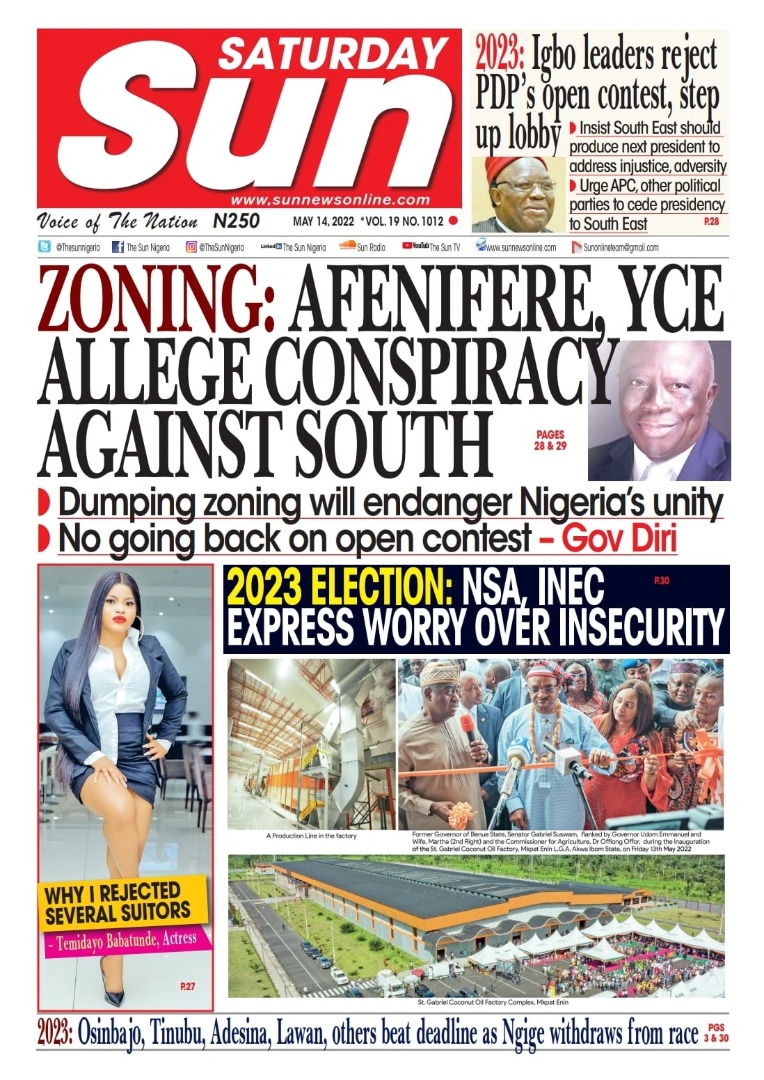 Saturday Independent: With President Mu­hammadu Buhari’s cabinet now deplet­ed over the resigna­tion of at least 10 of them, the President has disclosed plans to fill the vacant ministerial posi­tions. 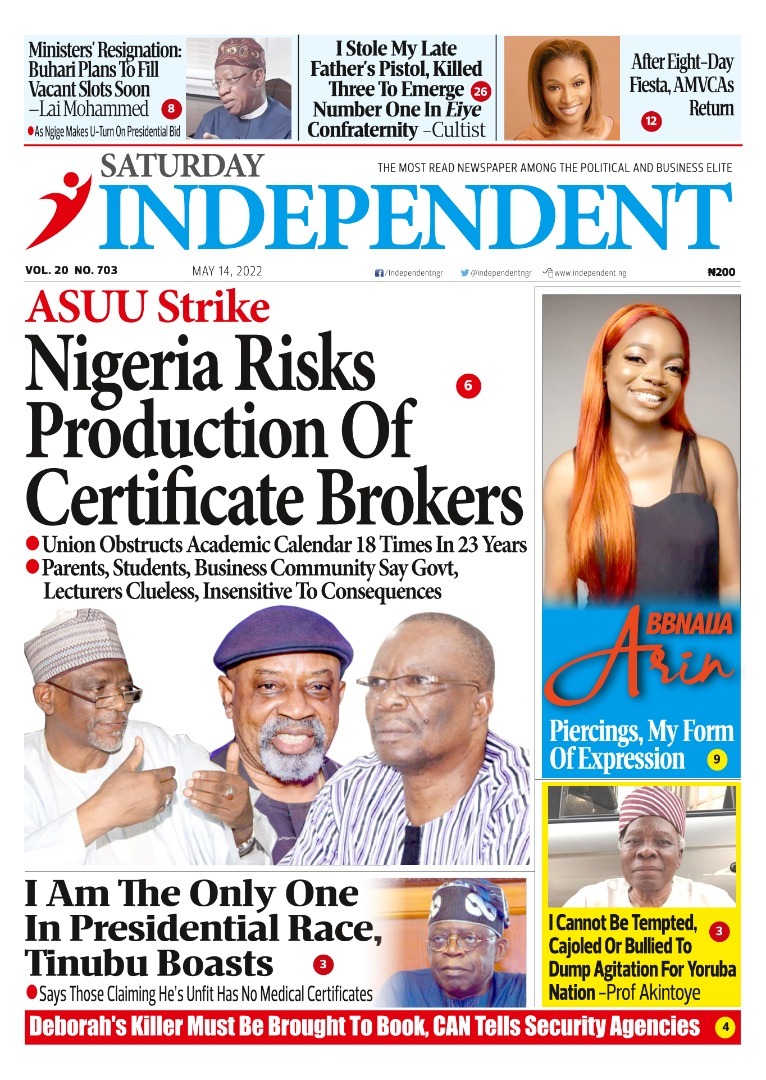 Thank you for reading, that all for today, see you again tomorrow for a review of Nigerian newspapers.