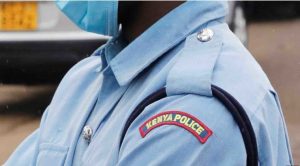 A woman identified as Mrs Kate Agbor has filed a legal complaint against an Assistant Commissioner of Police for allegedly making sexual advances to a mother of a rapist  whose case is on his table.

The case was transferred to the State Criminal Investigation and Intelligence Department SCIID where ACP Brown, the officer handling the case allegedly misused his position of office to try to lure Mrs Agbor to have sex with him.

In the leaked audio recording that heard, the voice believed to be that of ACP Brown told Mrs Agbor that because of his affection for her, he could give her clues on how to reach a “safe landing” concerning the case of her son.

“Listen I can’t descend standard, that’s why it’s because my love for you I will now tell you the safe landing in a case.”

“It’s because I like you, that is why I teach you how to come out from that case,” the voice believed to belong to ACP Brown said.