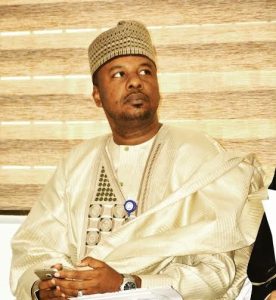 Naija News reports that operatives of the Department of State Service (DSS) on Friday evening arrested Tanko-Yakasai in Kano for asking President Buhari to resign or deal with bandits terrorising the country.

He made this known while reacting to the abduction of students at Government Girls Secondary School, Jangebe in Talata Mafara Local Government Area of Zamfara State on Friday morning.

However, Nigerians have taken to social media to berate the federal government over the arrest of the media aide, adding that the Buhari-led administration is undemocratic.

Here are reactions from Nigerians below:

Police kidnapped @chosensomto from his Abuja home and DSS abducted @dawisu in Kano for exercising free speech. Both in one day.
We are in Gulag Buharipelago!

317 kidnapped, no attempt, assurance of their reduce or reasonable comments form the FG but attacked Sunday Igboho and arrested Dawisu in 24hrs.

This can't be normal

The detainment of @dawisu for his concerned comments about the deteriorating security situation is nothing but a further affirmation that the northerners life never matters to @MBuhari govt, at the same time when Sunday Igboho that masterminded northerners killings is shielded.

What on earth could’ve warranted the DSS abducting @dawisu, a government official, in such fashion? Whatever the “threat” he posed, he’s a prominent and vocal government aide and there’s no justification for such method, which is exactly how we lost the Dadiyatas of this country.

By evening, he was abducted by security forces only to be found in DSS office this morning.

That should tell you alot about the dictatorship in Nigeria. https://t.co/W6wkR8kMM9

After calling for Buhari's resignation, @dawisu landed in DSS office. I'm glad some of them are experiencing this. They have seen how dictatorial, intolerant and useless the Buhari Admin they support is. Tomorrow, they'll attack both local/foreign media for rating this Admin low.