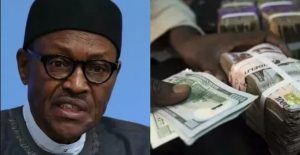 The nation’s foreign exchange reserves have fallen by $47.33 million to close weekend at $35.77 billion, increasing the fears of further depreciation in the nation’s currency.

Recall that the Central Bank of Nigeria (CBN) has commenced an investigation into companies involved in illegal foreign exchange transactions.

Naija News reports that a total of 71 companies from different sectors – healthcare, food manufacturing, agriculture, oil and gas, energy, financial services and trading – are in check for alleged infractions and contravention of extant foreign exchange laws and rules.

However, the recent negative developmental trend in the forex market might have affected the growth of the nation’s external exchange as oil prices have continued to be heavily influenced by demand-side factors and the state of the global economy.

The latest report from Senior Research Analyst, FXTM, Lukman Otunuga, said oil prices would likely remain stuck around the $40 regions in the near term, especially If another round of possible lockdowns hit oil demand.