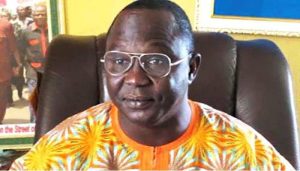 Politicians and their families have be the accused of embezzling the nation’s wealth.

This was revealed by the Nigeria Labour Congress, who opined that it is “a big disservice to our natural endowments and a huge slap on the resourcefulness of our people” that the nation is still importing toothpick, pencils and needles at 60 years after independence.

The NLC President, Ayuba Wabba, in his Independence Day message on Thursday, noted that “we make a huge mockery of the biggest assemblage of black people on the planet if at 60 years, we are unable to refine our own crude oil.”

He said Nigerians is the only member of the Organisation of Petroleum Exporting Countries, suffering from this malaise.

Wabba in a statement titled, ‘Nigeria at 60: Celebrating togetherness’, described as sad, the nation’s inability to generate 5,000 mw of electricity with its abundance of water sources, vast windy terrains, coal and large deposits of natural gas.

He stated, “It is sad that at 60 years, our political leaders still prefer to send their children to schools abroad and treat themselves in foreign hospitals since our public schools and hospitals have been so terribly mismanaged.

“When it comes to eating from the cake, Nigerian workers and people are shut out in the cold and rain, while those who have forced their way to positions of political leadership corner the collective wealth for themselves and their families alone.”