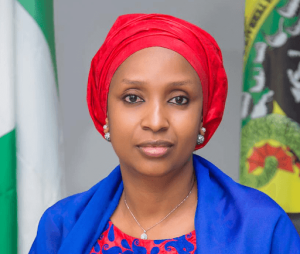 The Managing Director of Nigerian Port Authority (NPA), Mrs Hadiza Bala Usman has finally reacted to an alleged report of a whistleblower (John Okpurhe) who claimed that the authority has a cloned $1 billion account with Unity Bank Plc.

Mrs Usman while reacting to the allegations via the official twitter handle of the federal parastatal said that the reports are false.

Naija News Understands that the petitioner had earlier accused the Attorney General of the Federation, Mr Abubakar Salami ( SAN) of failure to reward him after exposing the hidden account with Unity Bank Plc operated by the Nigerian Ports Authority.

Here is the reaction of NPA below

NPA replies ‘whistleblower’: We have No Cloned Account Anywhere pic.twitter.com/zpZRmldWZP