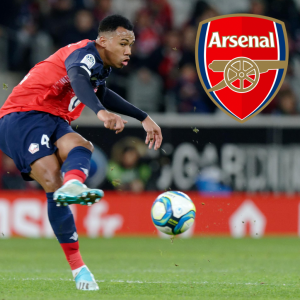 Naija News reports that he was announced in a video call between David Luiz new signing from Chelsea, Willian.

Speaking on signing with Arsenal, Gabriel expressed happiness, noting that Edu and Mikel Arteta were both instrumental in getting the deal over the line.

Gabriel: “[Edu and I] had several chats about Arsenal and the new project, we had many good conversations. As the days went by I was getting very excited about it, then I had a call from the coach and that was very reassuring.”
“Having the coach calling you to say he wants you in his squad motivates you a lot. That is the very reason I am here today. We did not talk about [details], he told me he is aware of my quality, my capacity and how far I can go. He also said he will be very demanding with me.”

This is Arsenal calling!

Join us for a very special video call…