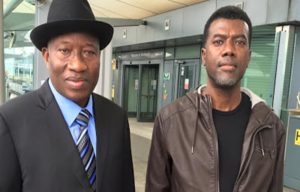 Former presidential media aide during the tenure of ex-President Goodluck Jonathan, Reno Omokri has welcomed a fourth child and named her after Jonathan.

This development was made public by former Vice President Atiku Abubakar in his congratulatory message shared on his Twitter handle on Monday.

He wrote: “I congratulate @renoomokri and his wife on the birth early this morning of their daughter, Ebele, named after former President @GEJonathan.

“Reno has always shown a loyal spirit and when he offers friendship, that relationship is solid. I pray that his newborn child will display this virtue that her father epitomizes. Once again, congratulations and may Almighty Allah bless mother and child.”

I congratulate @renoomokri and his wife on the birth early this morning of their daughter, Ebele, named after former President @GEJonathan. pic.twitter.com/8fYRNSU27f

Meanwhile, the Minister of Information and Culture, Lai Mohammed, has said that the federal government will continue with its plan to regulate social media.

Speaking in an interview with TheCable recently, Mohammed said the idea of regulating social media is not to stifle freedom of expression but to curb fake news and disinformation.

The minister noted that fake news and disinformation poses threat to the security of the nation, adding that the government will do everything humanly possible to avert chaos and violence in the country.