Lawmakers of the Ondo State House of Assembly on Tuesday, served an impeachment notice on the State Deputy Governor, Agboola Ajayi.

Naija News understands 14 of the 26 members of the Assembly signed the notice on Tuesday, while nine voted against the decision.

The lawmakers listed gross misconduct, abuse of office, abandonment of office duties, and four other allegations against the Deputy Governor. 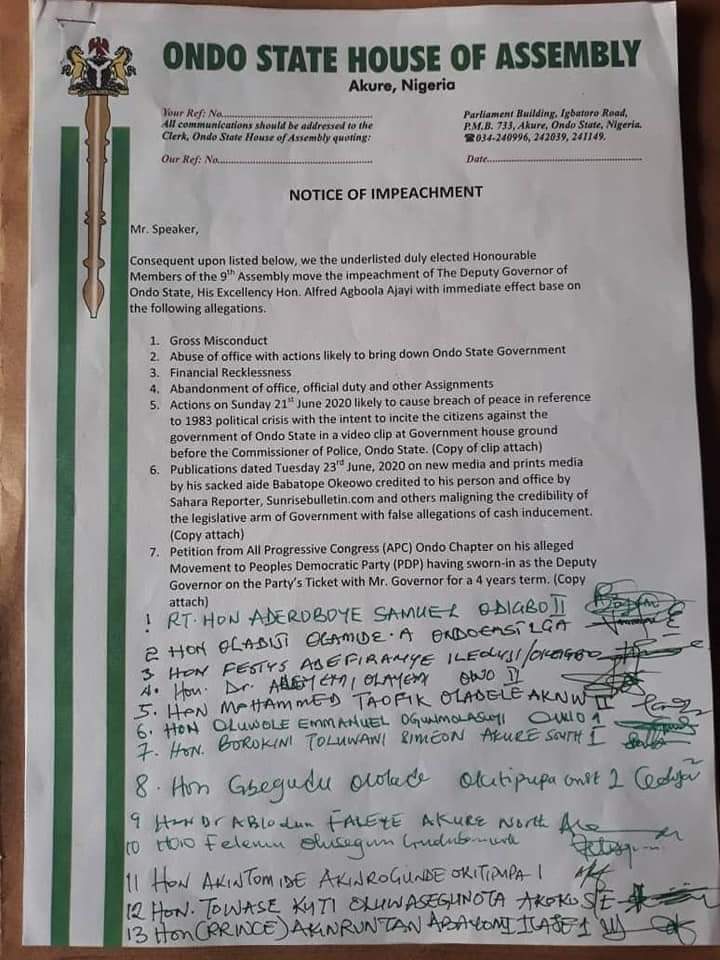 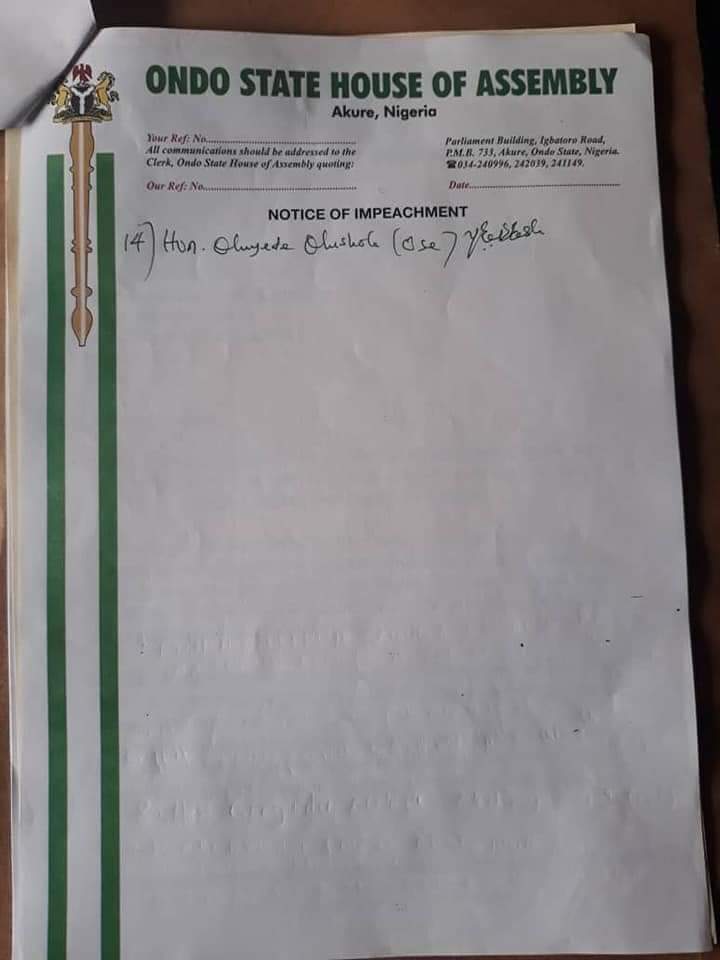 See those who were against the impeachment. 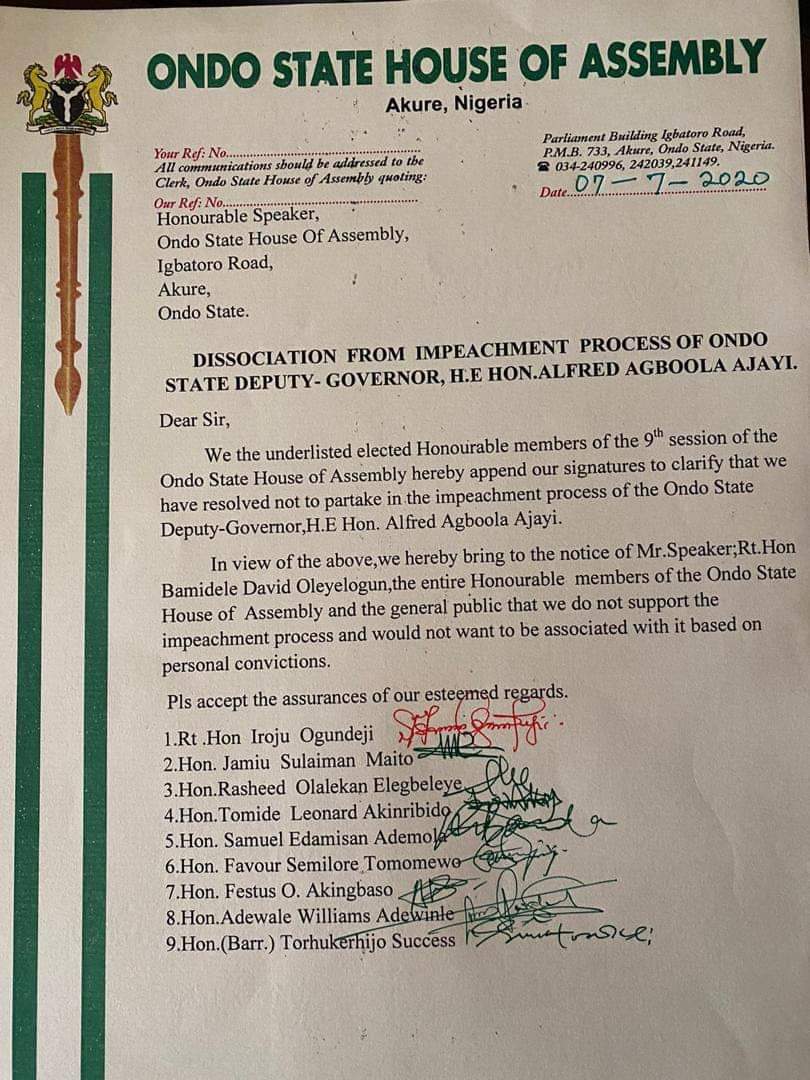 As earlier reported by Naija News, the lawmakers commenced the impeachment process against Agboola on Tuesday.