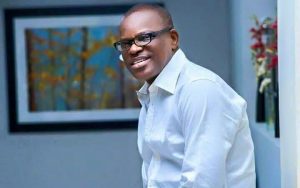 Eyitayo Jegede, a governorship aspirant under the Peoples Democratic Party in Ondo State, on Monday stated that he will come out victorious in the forthcoming party’s primary.

The governorship aspirant in his statement noted that he is not scared of any aspirant in the party including the state Deputy Governor, Agboola Ajayi, who recently defected to the party.

Jegede while speaking in Akure, the state capital, noted that Ajayi who dumped the All Progressives Congress for the PDP would not stop his victory in the primary.

He further stated that he has control of party loyalists in all the 18 local government areas of the state, having contested the governorship election on the platform of the party in 2016.

He said, “I contested against his boss, Mr Rotimi Akeredolu in 2016 and I came second. I and his boss are those who contested in 2016. If Akeredolu was not a threat to me in 2016, his deputy cannot be a threat to me or my ambition in 2020.”

Jegede who added that his credentials are intimidating and good enough to speak for him stressed that the PDP will win the governorship election come October 10.