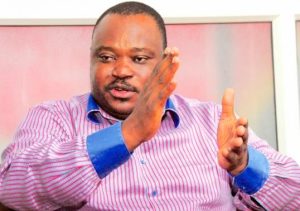 Chief Jimoh Ibrahim has officially joined the All Progressives Congress (APC) after decamping from the Peoples Democratic Party (PDP).

The former PDP governorship candidate was received on Friday into the APC by the party’s Ondo State chairman, Engr. Ade Adetimehin.

Speaking on why he defected to the APC, Chief Ibrahim while speaking at Igbotako, Okitipupa local government area of the state, disclosed that the PDP is dead in Ondo State.

He added that the PDP candidate in the October 10 governorship election in the state, Barrister Eyitayo Jegede will lose woefully at the polls.

Ibrahim added that now that he has joined the APC, he would use the same strategy deployed to build PDP in the state to pull the party down.

He expressed optimism that Governor Oluwarotimi Akeredolu will win the election by a wide margin.

In his words: ”I do not want to sound proud but I revived PDP in this state. I know how I revived the party and I am going to use the same strategy to kill the PDP.

“I have received the broom from our party chairman here. This night, I will do something. I will give the PDP its poison. I know how I revived the party. I will poison the party to death again.

”I have tried not to talk about the ZLP. I pray we will not suffer in this life. Where is Zenith Labour Party in this state?

“The painful thing is that Agboola saw a golden opportunity and missed it to join the train of betrayers.

“Let me congratulate you Mr. Governor. You are going to win that election with a wide margin.”