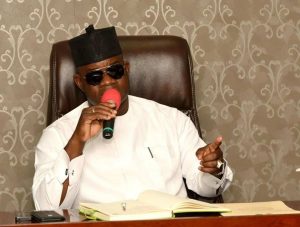 Governor Yahaya Bello of Kogi State has been appointed by the All Progressives Congress as the chairman of the Ondo State Governorship Primary Election Committee.

He said both Committees will be inaugurated by the Chairman of the APC Caretaker/Extra-ordinary National Convention Planning Committee, H.E. Mai Mala Buni at the APC National Secretariat by 3 pm on Friday 17th July 2020.