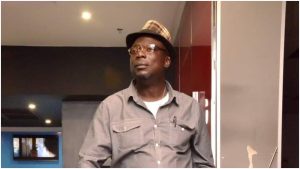 The sad development was confirmed to newsmen on Sunday evening, January 17 in a statement by Mr Adeniyi Alebiosu, the state chairman, Sports Writers Association of Nigeria (SWAN), Naija News reports.

Reports had it Opaleye passed out on Sunday morning at the University College Hospital (UCH), Ibadan.

Alebiosu who revealed that the deceased had been receiving treatments for an ailment at the reported hospital. He expressed his sadness over Opaleye’s death, noting that the sad development has “robbed sportswriters in Oyo State of a big brother, reliable friend and great supporter.”

“Late Opaleye was amiable and friendly to every person he came in contact with,” he said.

“He was also kind and helpful to us.”

Meanwhile, a Chief in Amiri Village, in Oru-East Local Government Area of Imo State, Ifeanyi Ekeukwu, has reportedly resurrected 24 hours after he was certified dead and placed in the mortuary, Naija News reports.