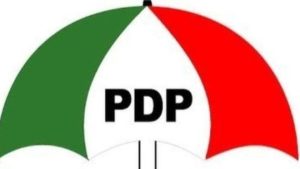 The Peoples Democratic Party (PDP) has fixed March 6, 2021 for the conduct of its zonal congresses in the six geo-political zones of the country.

This was announced on Wednesday by the PDP National Publicity Secretary, Kola Ologbondiyan as part of the outcome of the meeting by the party’s National Working Committee (NWC).

He noted that aspirants for the various offices including aspirants for National Ex-Officio are expected to submit their nomination forms latest by February 25, 2021.

Meanwhile as earlier reported by Naija News, the PDP in a separate statement on Wednesday has lifted the suspension placed on some of its members in the House of Representatives.

Recall that the seven members were suspended for alleged anti-party activities, particularly in the pattern of their voting in the House Minority leadership.

The lifting of their suspension was made known in a statement on Thursday by the PDP’s spokesperson on behalf of the National Working Committee (NWC).

The main opposition party said the lawmakers’ suspension was lifted following the recommendations of various committees set on issues relating to the suspension.

The PDP maintained that “it will continue to recognize the PDP caucus of the House of Representatives as led by Hon. Kingsley Chinda and charged all members elected on the platform of the party to continue to participate in the activities of the caucus.”

The PDP also directed the Harmonization Committee led by Governor Aminu Waziri Tambuwal to meet with “our members in the House of Representatives with a view to ensuring harmonious relationship among them.”