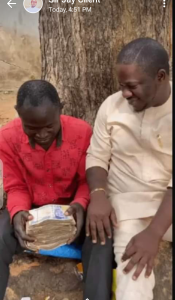 One Mr Victor in Osun State has been transformed by a good Samaritan man after a video of him eating Fufu with ordinary water appeared online.

Naija News understands that Victor was gifted a bundle of N500 notes reportedly N1m in total.

When asked by the good Samaritan where he lives, Victor looking humble and pitiful said he has been sleeping under the tree where he was seated. Beside him was bag pack containing some pieces of clothes and other materials.

With pity, the good Samaritan who is reportedly known for always going about different streets to help the needy handed Mr Victor the money.

Naija News understands that the philanthropist also took Victor out for a meal at an expensive restaurant.

See video and photos below; 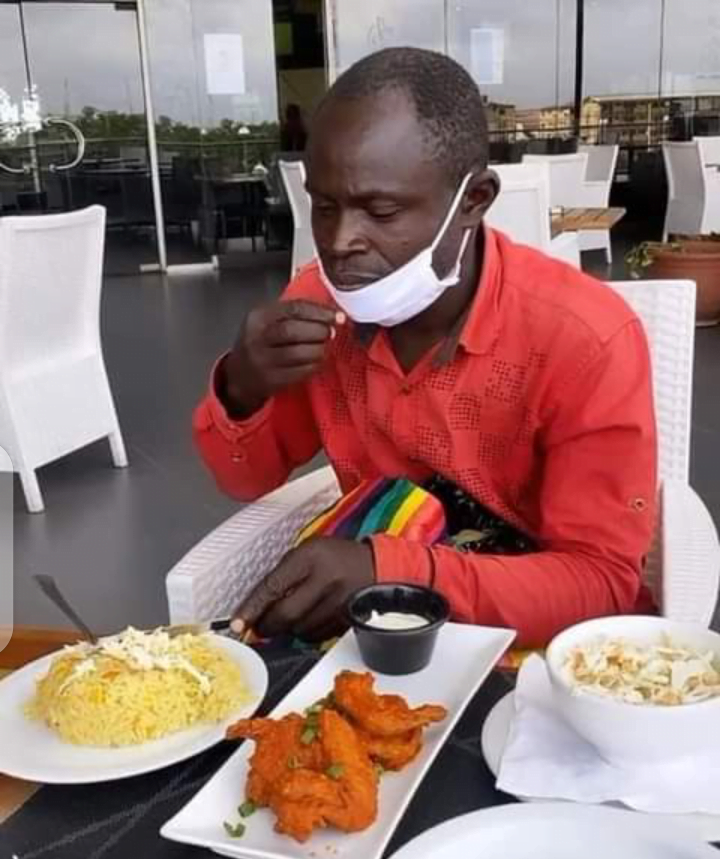 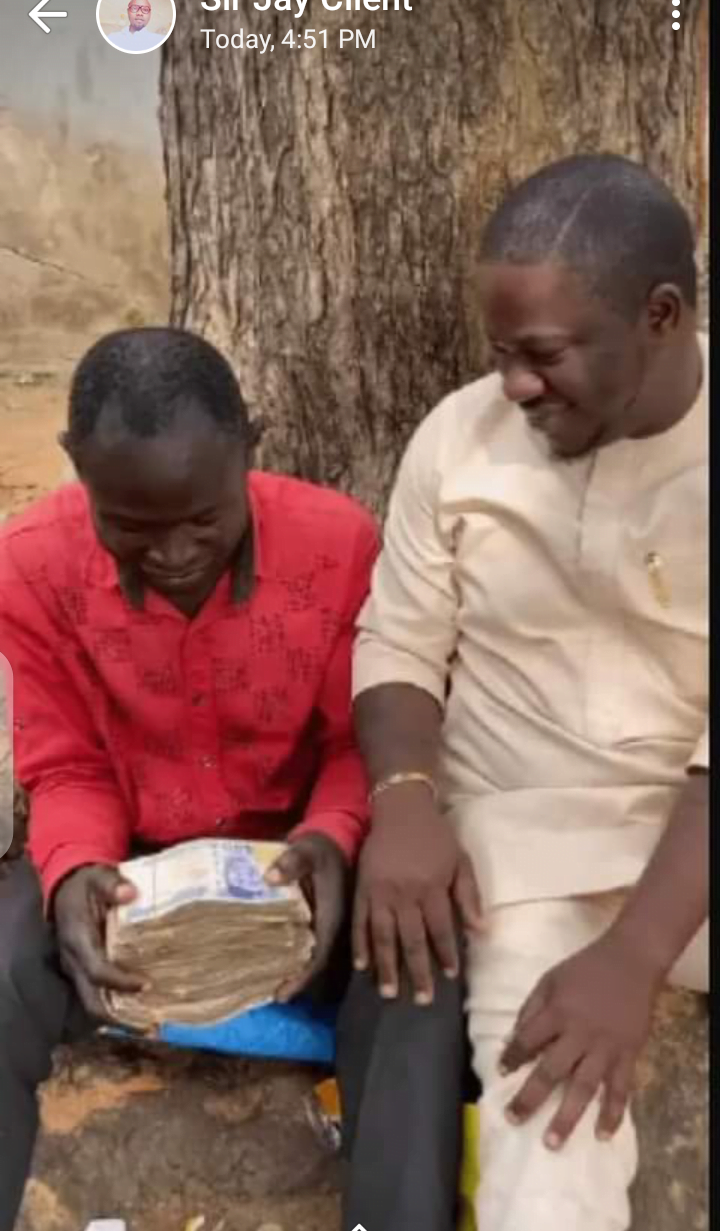 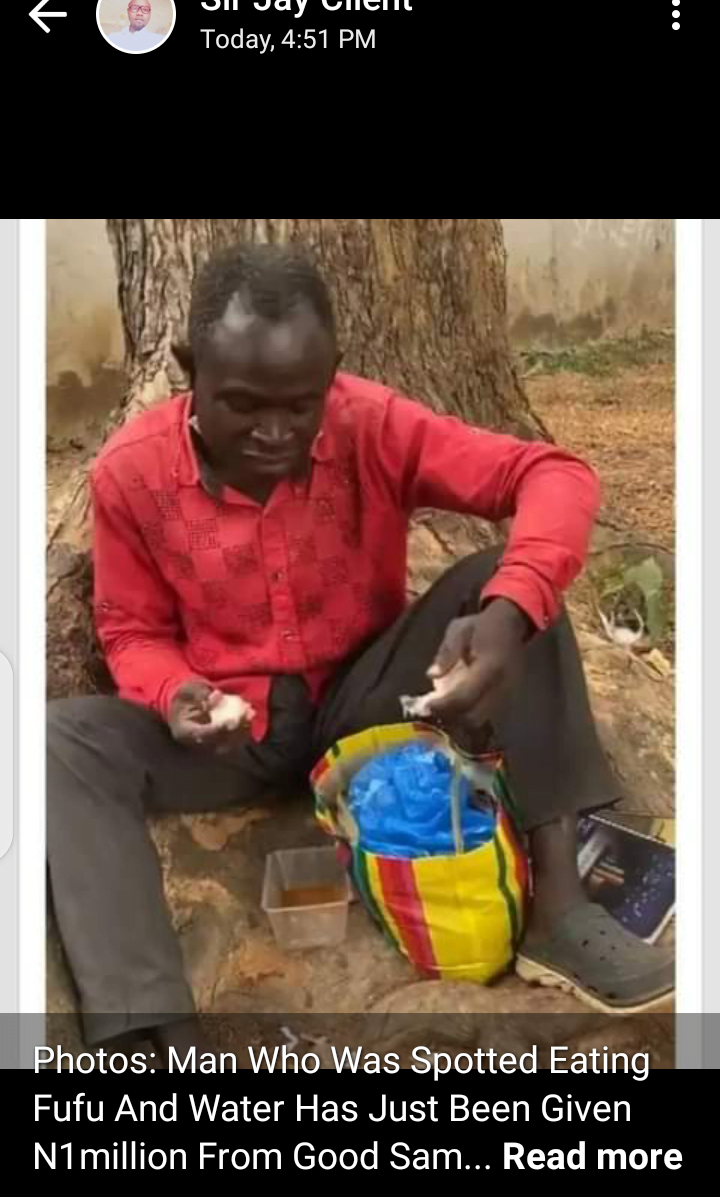