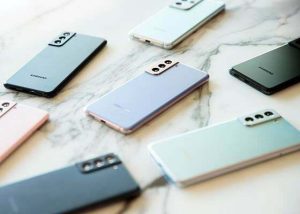 One Abu Adams, 26, has been arraigned before an Ikeja Chief Magistrate Court for allegedly doing away with high-end phones worth about twelve million naira.

It was reported that the suspect stole 165 pieces of the Samsung brand from a phone hub belonging to one Nelson Nigeria Ltd in Ikeja. Naija News understands that Adams committed the crime on January 16 this year.

The accused while appearing before the court on Monday pleaded guilty to the charges of theft against him which is punishable under Section 287 of the Criminal Law of Lagos State, 2015.

The Prosecutor, ASP Benson Emuerhi, during the court session said Adams committed the offence on January 16 at 7:00 am., at Isaac John Street GRA, Ikeja. He revealed that “the defendant stole 165 Samsung phones, valued at N11.6 million, belonging to Nelson Nigeria Ltd.

“Adams entered the shop and stole the items from where they were kept,” Emuerhi noted.

In his ruling, the Chief Magistrate, J. A. Adegun, granted Adams bail in the sum of N500,000, with two sureties in like sum. He, thereafter, adjourned the case until March 1 for further hearing.

Meanwhile, a former deputy chief registrar of the Oyo State High Court, Mrs Mutiat Adio has bagged years of imprisonment over the issuance of ‘fake cheque’ to a car seller.

Naija News reports that Aido was convicted last Friday after she was arraigned before the court by the Ibadan zonal office of the Economic and Financial Crimes Commission.