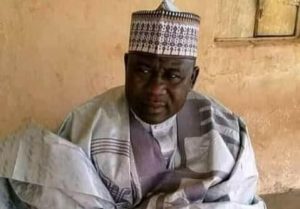 A popular politician in Kano State, Ali Namadi, has died two days after winning the local government election in Bebeji Local Government Area of the state.

Tiga, however, said the cause of the death of the All Progressives Congress (APC) chieftain is not yet known.

According to Tiga, Namadi’s burial prayers will take place in his hometown, Bebeji, on Tuesday morning (today).

Namadi was among the successful APC chairmanship candidates in the just concluded local government council elections held on Saturday 16th January 2021 who are still awaiting their swearing-in.

Meanwhile, the APC cruised to victory in the Kano State local government election that held over the weekend.

The party won all the 44 chairmanship and 484 councillorship seats at Saturday’s local government poll which held in 11,500 polling units across the 44 Local Government Areas of the state.

This was confirmed on Sunday by the Chairman of the State Independent Electoral Commission, Professor Ibrahim Garba-Sheka.

He described the election as peaceful and thanked the State Governor, Abdullahi Ganduje for his support in making the election free, fair, and credible.

Garba-Sheka noted that 12 political parties took part in the election.