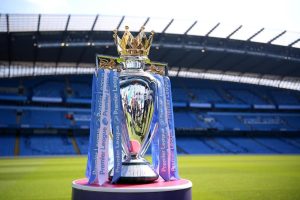 The English Premier League (EPL) will on Thursday release the fixtures for the 2020/2023 EPL season.

Naija News reports that the new season will commence on 12 September and end on 23 May 2021.

The new season will be five weeks shorter than usual because of the late end to 2019-20 due to the coronavirus pandemic.

As a result, the Premier League has removed its winter break for next season because of fixture congestion.

EPL clubs involved in the latter stages of European cup competitions will be given a delayed start to the 2020-21 season.

Fixtures for the Championship, League One and League Two will be released on Friday.