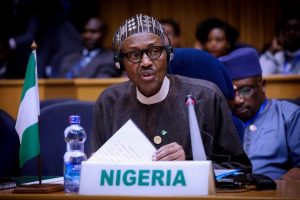 The Chief Judge of the federal capital territory (FCT) high court, Ishaq Usman Bello has been nominated by President Muhammadu Buhari for appointment at the International Criminal Court (ICC).

Bello has over 35 years of experience as a legal practitioner, and has handled huge special responsibilities under the judiciary including; chairing election petition tribunals, representing Nigeria and leading judges to attend conferences, symposiums, and seminars around the world.

Bello has served on several bar and bench committees before his appointment as a member of the National Judicial Council (NJC).

The ICC is an intergovernmental organization and international tribunal which has jurisdiction to prosecute individuals for the international crimes of genocide, crimes against humanity, war crimes, and the crime of aggression.

The ICC sits in The Hague, Netherlands. The ICC, however, lacks universal territorial jurisdiction, and may only investigate and prosecute crimes committed within member states, nationals of member states, or crimes in situations referred to the court by the United Nations security council.

Member states of the ICC are expected to nominate their candidates out of which only six judges will be elected to fill one-third of the court’s 18 judicial seats.

The elections which are scheduled for the 19th session of the assembly of states parties will be held at the United Nations, New York, from December seventh to December 17, 2020.