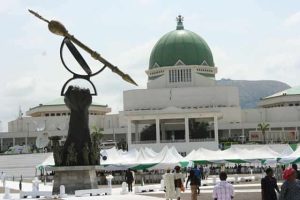 The leadership of the National Assembly has called for the suspension of the planned employment of Nigerians in the Special Public Works Programme 2020.

Naija News understands that the call was made by the lawmakers after a major disagreement with the Minister of State for Labour and Employment, Festus Keyamo during a public hearing on the federal government 774,000 job project.

The lawmakers insisted that the implementation of the 774,000 public works scheme must be put on hold until implementation modalities are explained to them.

The lawmakers, in a joint statement signed by spokespersons for both chambers of the National Assembly, Senator Ajibola Basiru and Hon. Benjamin O. Kalu revealed that it was within their constitutional right as representatives of the people to know the process of public workers engagement by the government.

Speaking further, Senator Basiru vowed that National Assembly would ensure transparency of the process just as it was done with the National Social Register by the Ministry of Humanitarian Affairs, Disaster Management and Social Development.

However, in a dramatic reaction to the development, Keyamo has ordered the various committees to proceed with their works, noting that only President Muhammadu Buhari can halt the work.