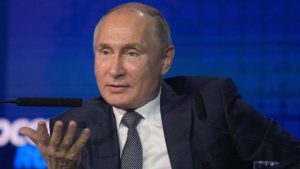 Russian President Vladimir Putin has announced that the country has launched the world’s first COVID-19 vaccine.

Despite the disapproval of health experts and warnings from the World Health Organization to thread carefully, Health Minister Mikhail Murashko said the treatment was “proven to be effective and safe”.

The minister added that the drug would continue to be tested on hundreds of people.

Putin said his only daughter had used the drug and was recovering from an increase in fever she was suffering from.

There are many vaccines available in many countries. Earlier this month, US psychiatrist Dr. Anthony Fauci said he hoped “Russia is really testing the drug” before using it.