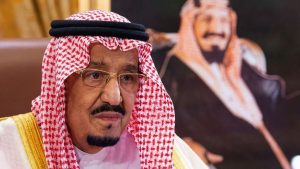 King Salman of Saudi Arabia , 84, was hospitalized on Monday for an inflammation of the gallbladder, which has postponed the planned visit of Iraqi Prime Minister Mustafa al-Kazimi, authorities said.

The kingdom rarely communicates on the state of health of the aging monarch, who has led the country since 2015, the world’s largest exporter of crude oil and the largest Arab economy.

“The king has been admitted to the King Faisal specialized hospital in Ryad for examinations due to inflammation of the gallbladder (cholecystitis),” said his cabinet, quoted by the official SPA news agency, without provide details.

The Iraqi prime minister was due to visit Saudi Arabia on Monday before a visit to Iran, two allies of Baghdad between whom there is a rivalry in the region.

“The visit (of the Iraqi Prime Minister) was postponed until the king was released from the hospital, “Saudi Foreign Minister Faisal ben Farhane said on Twitter.

Saudi Arabia “appreciates the choice of the Iraqi Prime Minister to visit the kingdom for his first visit since taking office” in May, he insisted.

In 2017, Saudi Arabia denied reports in the media that the king was considering abdicating in favor of his son, Crown Prince Mohammed bin Salman, considered the de facto ruler of the kingdom.

Prince Mohammed’s meteoric rise to the head of the country has coincided with a harsh crackdown on activists and dissenting voices, even within the royal family.