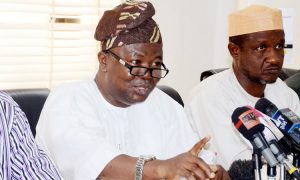 The Academic Staff Union of Universities on Friday noted that it has not call off the ongoing strike despite the directive by the Federal Government for Universities to resume.

The National President of ASUU, Prof. Biodun Ogunyemi, stated that the union’s ongoing strike would continue.

“We started out industrial action before the outbreak of Coronavirus disease in the country. All the issues we raised are yet to be addressed. The government is free to open their schools, just like our members are also entitled to their dues.”

“As we speak, our members are being owed between three to six months of salaries. The government’s so-called fund saving platform, the Integrated Personnel and Payroll Information System, IPPIS, is a colossal failure. Apart from that, the government is yet to take any step to revitalise education sector among others.”

The ASUU chairman added that though the union had been invited to a meeting by the government, it would wait and see what happens.

He revealed that ASUU will always available for negotiation.

Ogunyemi added that if the government did not reach an agreement with the union before the reopening date, ASUU members would not resume work.