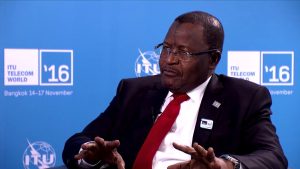 Nigerian Senate has approved the reappointment of Umar Danbatta as the Executive Vice-Chairman of the Nigerian Communications Commission (NCC).

Naija News learnt that Danbatta’s confirmation follows the presentation of the report of the Senate Committee on Communications.

A member of the committee, Opeyemi Bamidele who presented the report, said Danbatta met the requirements expected of him.

“The committee met and carried out the screening exercise and the nominee responded well,” the Ekiti lawmaker said.“That the Senate do confirm the appointment of Umar Danbatta as the executive vice-chairman and chief executive officer (CEO).

The development follows confirmation of Danbatta’s magnificent achievements within five years of his first term in office by the Nigerian Senate.

According to the NCC’s Director of Public Affairs, Dr. Ikechukwu Adinde, Danbatta had during his screening, proved his outstanding achievements since appointment in August 2015 by the incumbent administration.