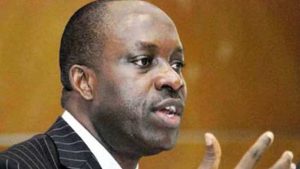 A Governorship aspirant for the upcoming Anambra election, Prof. Charles Chukwuma Soludo, has revealed that there was a plot to attack and kidnap members of his family during the banking consolidation policy of 2004.

Soludo, who is contesting for the governorship on the platform of the All Progressive Grand Alliance (APGA), stated this during an interactive session with some journalists in Awka, the Anambra State capital.

The former governor of the Central Bank of Nigeria (CBN) said his family went into exile because of several threats to their lives, adding that he received 19 written threats to his life following that policy.

Soludo said, “I am a very impatient person to see change happen and I am passionate in anything I focus on. At that time, no bank in Nigeria was in the top 1,000 banks in the world. If you needed to make an investment of $500m, you had to go through the then 39 banks and it was an impossible task.

“If you wanted to borrow abroad, there was no bank here to guarantee that. So, I came to the realisation that if we wanted to build a private sector-driven economy, it was not possible with the rickety ‘mama and papa’ banks, which could not guarantee even N3m loan. We, therefore, needed to pull down the house and rebuild it.

“There was nothing I did not see. I received 19 written threats to my life. Even there were attempts to kidnap my children at Offa in Kwara State. So, it was a very brutal revolution. I had to evacuate my family during the banking consolidation because when you want to uproot a system, it is usually a deadly routine.”