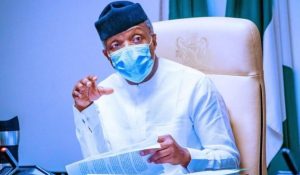 The Federal Government and Governors on Thursday agreed that state governments have control over forests reserves in their state.

The decision was reached at the National Economic Council (NEC) meeting presided over by the Vice President, Yemi Osinbajo.

NEC disclosed that states will seek support from the federal government to eradicate forest-based crime.

The council discussed on how forests should be better managed and secured against criminals and criminality.

The meeting agreed that the National Livestock Transformation Plan is a comprehensive strategy for addressing the farmer-herder conflict.

Governors are set to commence the implementation of NLTP which developed by the States in collaboration with the federal government.

States governments were encouraged to promote modernization of livestock and council.

NEC called for the strengthening of border controls to discourage cross-border crimes and the effective observation of ECOWAS Transhumance protocols.

Also at the meeting, there was a presentation of the strategy for the realization of President Muhammadu Buhari’s vision to bring 100million Nigerians out of poverty.

The presentation was made by the Presidential Economic Advisory Council (PEAC).

It was resolved that a Technical Committee of NEC be set up with 3 Governors and FG representatives to look at the details and how their concerns could be addressed regarding the implementation of the strategy.

Chairman of the Independent National Electoral Commission (INEC) Mahmood Yakubu also made a presentation on the need to increase the number of polling units in Nigeria.

Recall that the Ondo State Governor, Rotimi Akeredolu ordered herdsmen in the state to vacate the forest reserves within a period of seven days counting from Monday, 18th January.

The Governor also banned night grazing as well as highway and under-age grazing in the state.