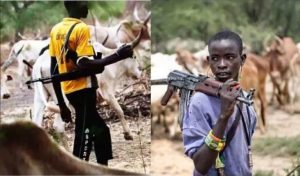 Naija News gathered that the incident happened at about 10:00 pm on Thursday, September 24 at a local drinking joint in the Gwol community.

The militants reportedly stormed the village and started shooting sporadically, killed four youths instantly at the drinking joint while many sustained severe injuries. It was gathered that the youths were hanging out at the parlour in Gwol as usual when the heavily armed men arrived at the scene and wasted their lives.

According to eyewitnesses who spoke with reporters on the incident, the attack caused pandemonium in the whole community, adding that residents have abandoned their houses and fled into the bush for safety.

Naija News learnt that the Fulani militants also destroyed valuable properties of the residents and their farmlands before they leaving the community.

Confirming the incident, spokesperson of the State Police Command, ASP Gabriel Ubah, when contacted said the command has commenced full investigations into the incident, adding that the State Commissioner of Police along with other operational Personnel of the Command have visited the scene.

The ASP, however, assured that normalcy has been restored to the affected community while more security men have been drafted to the area to maintain law and order.

Meanwhile, the father of 20-year-old singer Daniel Chibuike Ikeaguchi, popularly known as Sleek, who was killed by officials of the Special Anti-Robbery Squad in Elelenwo, Port Harcourt, River State cried out over the incidence.

The young singer’s father while shedding tears, called for justice for his late son.