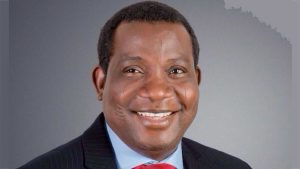 Lalong assured the people of Plateau state that the perpetrators and their sponsors would soon be brought before the law.

He stated this at a one-day roundtable discussion with community stakeholders to commemorate the 60th Independence anniversary at Government House Rayfield, Jos.

The Governor said his administration will not fail to protect lives and properties.

“No amount of blackmail and desperation will deter us from this task as such we would not fold our arms and allow some unscrupulous elements to truncate the peace in the Plateau.”

“We have drawn the battle line with criminals and together with security agencies remain steadfast in securing our state,” he reiterated.

He further stated that a peacebuilding agency has been established to engage with long-standing issues of conflicts while also acting proactively to de-escalate tensions through facilitation of systematic dialogue between conflict parties or communities.

Lalong said Nigeria has made great achievements having weathered the storm to forge a common destiny.

Lalong called on Nigerians not to despair but “deploy our human and material resources for the common good of Nigeria.”