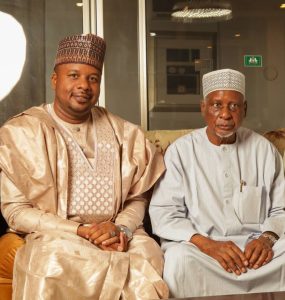 The family of a former aide to the Governor Abdullahi Ganduje of Kano State, Salihu Yakasai, has written to the Department of State Services (DSS) to allow him to have access to his lawyers.

It will be recalled as earlier reported by Naija News that Yakasai, was arrested by the Department of State Services in Kano on Friday shortly before his sack by Governor Ganduje.

A letter addressed to the Director-General of DSS by a law firm, H. A Gudaji & Co, on behalf of the family, read: “We write on behalf of Alhaji Tanko Yakasai OFR, hereinafter referred to as our client.

“Our client has been reliably informed that his son, Salihu Tanko Yakasau AKA Dawisu/Peacock, was yesterday Friday, 26th of February, 2021, arrested and detained by the Department of State Services (DSS), and he has instructed us to act on his behalf.

“As an agency created, governed, and guided by law, we hereby apply to your good offices for the following – grant us Attorney-Client access to Salihu Tanko Yakasai, release Yakasai on administrative bail.

“We predicate this application on the provisions of the 1999 Constitution of the Federal Republic of Nigeria (as amended) and all other relevant laws in that regard.”