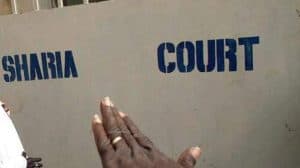 The United Nations Children’s Fund (UNICEF) has expressed “deep concern” over the sentencing of a 13-year-old boy for blasphemy.

In August, an Islamic Sharia court in Kano State sentenced Omar Farouq to 10 years in prison.

The ruling is “incorrect.

The ruling violates the 1991 United Nations Convention on the Rights of the Child, ratified by Nigeria, according to a Unicef ​​statement.

Unicef ​​has called on the federal government to expedite the review of the case.

Farouq was convicted and sentenced by Aliyu Kanu, the same judge, who sentenced a musician, Yahaya Sharif-Aminu, to death for blaspheming Prophet Mohammed.

Since the return to democracy in 1999, several states have adopted Islamic law in northern Nigeria.