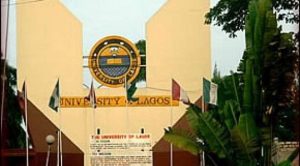 The newly appointed acting Vice-Chancellor of the University of Lagos (UNILAG), Professor Omololu Soyombo, has said he has resumed.

Speaking in a telephone conversation with The Vanguard, Prof. Soyombo said he resumed office because the letter of appointment given to him by the Council notified him to do so with immediate effect.

He, however, refused to confirm whether he has physically resumed at the 11th Floor, Senate Building office of the VC.

It was gathered that the Chairman of the Council, Dr Wale Babalakin (SAN) is scheduled to brief the press later in the day.

The Senate of the University of Lagos (UNILAG) on Thursday rejected the appointment of Professor Omololu Soyombo as the acting Vice-Chancellor of the institution.

The Senate during a meeting on Thursday rejected the removal of Prof Oluwatoyin Ogundipe as Vice-Chancellor of the institution by the Governing Council.

Naija News recalls that the Governing Council of UNILAG led by Wale Babalakin, Pro-Chancellor had earlier sacked Professor Oluwatoyin Ogundipe, accusing him of gross misconduct and acts of corruption.

But the 88 members strong Senate led by Prof Chioma Ago, a former Dean of the Faculty of Law, said the removal of Ogundipe was against UNILAG’s regulation.

The group stated that the Council removed Ogundipe without giving him the opportunity to defend himself.

They also kicked against the appointment of Prof Soyombo as Acting Vice-Chancellor of the institution.