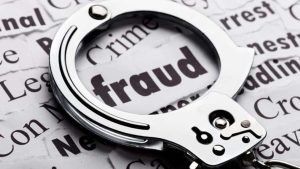 The negative perspective of  Nigerian youths at the international community keeps increasing with several cases of internet fraud allegations.

The cases of internet fraud by some topflight youths like Hushpupi, Mompha and  Invictus Obi who had been indicted recently by several foreign countries are good examples of the negative image of Nigerians.

However, in a similar case of internet fraud,  six Nigerians have been indicted by the United States Government for engaging in cyber fraud of about six million dollars.

According to a  statement by the United States Secretary of State, Michael R. Pompeo, the six Nigerians who committed the fraudulent act as listed below were caught before they could scam their targets.

Pompeo revealed; “Today, in coordination with the U.S. Department of Justice, the Department of the Treasury’s Office of Foreign Assets Control took action against six Nigerian nationals, pursuant to Executive Order 13694 as amended, for conducting an elaborate online scheme to steal more than $6 million from victims across the United States.

Here are the Names of the Nigerian