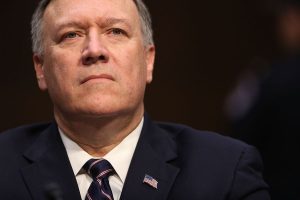 The United States 70th Secretary of State, Mike Pompeo has disclosed the result of his COVID-19 test.

Pompeo who spoke with journalists on Friday morning, October 2, revealed that he tested negative for the novel virus which has brought countries of the world to its knees.

Naija News understands that Pompeo’s Coronavirus result came after US President, Donald Trump had announced that he and his wife have tested positive for the deadly disease and has quarantined himself.

He revealed that the test was conducted on him just a few hours after Trump’s announcement of his COVID-19 status, adding that it was the fourth time he had undergone the test in the past two weeks.

Pompeo, however, noted that he had not communicated the President on the matter as at the time of the interview, adding that his prayers are with him and his family.

“We are praying for the president and the First Lady that they’ll have a speedy recovery,” he said.