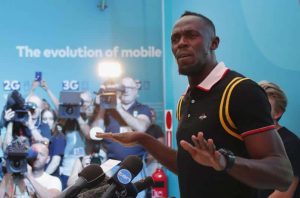 Bolt, who turned 34 on Friday, is understood to have taken a test a few days ago which returned positive today (Monday).

He is said to be have gone into self-isolation but, as reported by Nationwide Radio XJ, it is unclear if he has been displaying symptoms of the virus.

Bolt celebrated his 34th birthday with a surprise party and the report adds that Manchester City and England star Raheem Sterling was among the guests.

Bolt, who celebrated his 34th birthday last Friday, is among the latest numbers of Jamaicans to have tested positive to the virus that has infected more than 1500 Jamaicans to date. Fifteen of those infected have died.