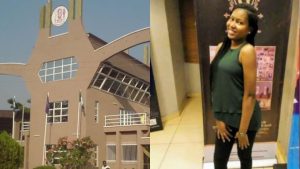 Six persons suspected to be involved in the raping and eventual death of Vera Uwaila Omozuwa, a 100-level University of Benin Student have been paraded by the police.

The suspects were paraded on Wednesday evening by the Edo State Command of the Nigerian Police.

He said “The matter was a great concern to the Inspector General of Police, IGP, Muhammed Adamu who sent to us here in Benin, Homicide experts to work with our policemen at the state criminal investigation department.

“What we are seeing today, is a result of the uniting efforts of the police to get at the root of the crime and today, I announce to you and making public through this medium that the perpetrators have been arrested.

“The postmortem results had actually confirmed that she was raped.”

Naija News recalls the late Omozuwa was attacked and raped in a church building belonging to the Redeemed Christian Church of God in Edo State where she had gone to read.

She later died in the hospital as a result of injuries sustained during the attack.