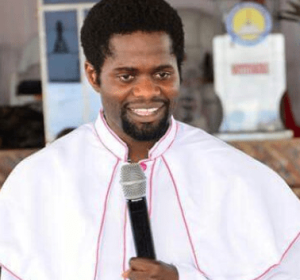 Prophet Babatunde Alfa, the founder of Sotitobire Praising Chapel, has revealed that he used prayers and security agents to search for Gold Kolawole, a one-year-old boy who went missing inside his church in November 2019.

Naija News reports that the embattled Babatunde Alfa, popularly called Prophet Sotitobire, disclosed this on Tuesday during his trial at the Ondo State High Court.

Recall that Prophet Alfa was arrested and arraigned alongside six members of his church over the missing boy who is yet to be found.

Testifying in court, Prophet Sotitobire said the DSS searched his house and church but could not find anything incriminating.

According to the prophet, he and his church ministers fasted and prayed but the missing boy’s parent refused to cooperate with him.

Alfa’s counsel, Olusola Oke, tendered a video showing church members praying for the recovery of the boy, which was accepted by the court.

Also testifying, evangelist Funmilayo Ogunlusi, a cleric in the church, said they conducted vigil the day the incident occurred and nine-day fasting and prayer for the missing boy.