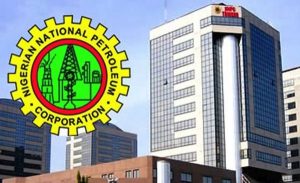 Amid the many shocks, Nigerians have had to deal with in 2020, the recent increase in fuel price by the Federal Government is perhaps the bitterest pill to swallow.

Pipelines and Product Marketing Company (PPMC), a subsidiary of the Nigerian National Petroleum Corporation, (NNPC), issued a memo on Wednesday stating that effective immediately, the price of fuel would increase from N148 to N151.56k.

This is coming at a time the new electricity tariff regime is kicking off, having been postponed twice from April 1, 2020, to take full effect September 1, 2020. This, according to the government, is in the best interest of all.
But how is an increase, any kind of increase, in the interest of Nigerians?

Recall that over the last couple of months, the government had increased the pump price from N121.50 to N138.60, N143.80 and N145 per litre at different times, on the advice of the Petroleum Product Pricing Regulatory Agency (PPPRA), after reviewing market fundamentals and operating costs.

Fuel price had started the year at N145 per litre and only crashed down to N125 in March due to the global crisis which led to a fall in demand, and subsequently a fall in price. It was at this point that the government effectively removed fuel subsidy since the landing costs had dropped below the pump price, and there was no longer need to subsidise the price for Nigerians.

Prior to the global crash, the government paid the difference between the Expected Open Market Price (“EOMP”) and the approved retail price of petrol (known as fuel subsidy), in order to make the product available to the populace at an affordable price, irrespective of the prevailing market forces.

For instance, where a pump price of N145 had been agreed on, and the landing cost of fuel is put at N143, the marketers cannot be able to sell at N145 per litre since they still have to factor in other costs of operations and transporting the fuel to their stations. With the government bearing a part of the costs in the subsidy plan, the marketers can sell at the generally agreed price, without running at a loss, while the consumers get to buy the product less than the actual costs.

With this system, removal of subsidy would almost certainly result in an increase in fuel price except in situations like we saw in March where the landing price had already dropped below the pump price. We can see an example of this in the spike in fuel price which took place immediately former President Goodluck Jonathan removed fuel subsidy in January 2012.

Overnight, fuel price had gone from N65 to N141. After several protest marches across the country, the price was later brought down to N97 in a partial subsidy arrangement where the government could spend less on subsidy and free up funds to channel into other sectors of the economy.

This, however, was not the case this year, as the government delayed the removal of subsidy until a time when the landing costs of fuel had fallen below the pump price. The result of this was that Nigerians enjoyed a reduction in fuel price immediately, with the price only increasing when the global oil market picked up and landing costs of fuel went up again.

Given the current trends in the global market, a reduced pump price will only be possible if we return to the years of subsidy regime, with the attached controversies, smuggling, fuel scarcity and the resulting long queues at petrol stations.

Thankfully, we are far from the era of queuing long hours to buy fuel. The President recently directed a nationwide mass metering programme for electricity consumers in the country and approved a one-year waiver of import levy on electricity meters to speed up the process and reduce the cost of the metering for Nigerians.

The government is working with the Electricity Distribution Companies to ensure increased electricity supply and improved quality of service. This will protect Nigerians from arbitrary and estimated billings while improving living standard and reducing the costs of business operations for entrepreneurs.

Given that the government spent an estimate of N10trillion spent on Fuel subsidy between the 2006 and 2018, one can see that subsidy removal would indeed free up the much-needed funds to be channelled into critical sectors of the economy. For instance, the COVID-19 pandemic has exposed serious gaps in the health sector, and there is no doubt that some additional funds would do wonders for the sector.

With the subsidy removed earlier this year, fuel price is now subject to the market forces of demand and supply which will allow all market players to operate on fairgrounds. Eventually, competitive pricing will follow this realistic pricing system, and Nigerians will be better for it.