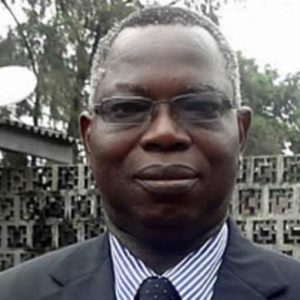 Following the sack of Professor Oluwatoyin T. Ogundipe as the university’s vice chancellor, by the Governing Council of the University of Lagos (UNILAG),  Professor Omololu Soyombo was announced as Acting Vice Chancellor of the university in the early hours of today.

A background check on Prof Soyombo has revealed the following details about him.

Prof. Soyombo is a Professional of international recognition.

He has a PhD in Sociology from the University of Essex, England

He remains a bonafide member of several Professional Associations, including; the Nigerian Anthropological and Sociological Association and Integrated Transport Initiative.

In Nigeria, he has contributed to a number of projects, as well as outside Nigeria.

He participated in a training Workshop on the Design and Preparation of Resettlement Action Plans (RAPs) which was organized by the Lagos Metropolitan Area Transport Authority (LAMATA) in collaboration with the World Bank.

He also has a Certificate of Professional Development with specialization in Research and Evaluation for Program Development, University of Connecticut, U.S.A.

Several publications in reputable journals across the world are credited to his name.

Also, not only is he a consultant for various organisations; he was Lead Consultant, on the Impact Assessment of the Performance of the Pilot Phase of Central Bank of Nigeria (CBN)

He was also consultant on the Entrepreneurship Development Center in Anambra, Kano and Lagos State.

He also served as Consultant Sociologist, Environmental and Social Impact Assessment in respect of the Fuel Ethanol Project in Benue State, under the auspices of Environ Quest, for the Nigeria National Petroleum Corporation (NNPC).

He has a high proficiency in Computing Statistical Analysis (using the SPSSPC+, EPI-INFO).