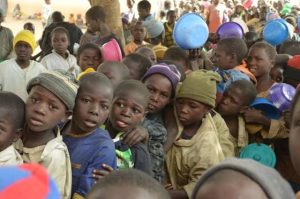 The ban of Almajiri system by northern governors, has been out rightly rejected by Dahiru Usman Bauchi, an Islamic cleric.

Arguing that everyone has a right to movement and practice any religion of their choice, Bauchi argued that his own rights and that of those who believed in the system has been violated.

Bauchi said this in an interview with the Sun today.

The Almajiri system is a process where children leave their homes in search of Islamic knowledge.

Bauchi said “The constitution of the country gives us the freedom to practice our religion the way we want it. Our biggest religion is the Quran. Since the Quran has given them (those in power) laws that they have refused to abide with, what right do they have to give instructions or law to the Quran? Based on that, we will not accept the ban on Almajiri by northern governors,”

He noted that violation agsinst their rights to move or practice any religion would not be tolerated.

He said the students (Almajirai) are also Nigerians and should not be deprived of their rights.

“We will not accept the ban on Almajiri. We have the right to go anywhere in the world to read the Quran.”