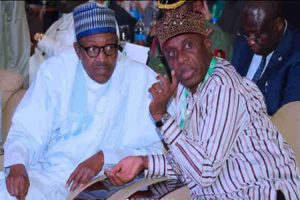 Rotimi Amaechi, the Minister of Transportation, says President Muhammadu Buhari has given his approval for Nigeria to take loans to develop the country.

He made this known while speaking at a special programme which held on Channels Television on Thursday to mark Nigeria’s diamond independence anniversary.

The former Rivers State governor disclosed that the borrowings were used for infrastructural development across Nigeria.

On rail transportation, Amaechi said Nigeria had money from the excess crude oil account before Buhari’s administration in 2015.

According to the Minister, when crude oil was sold at $120 per barrel, the total amount meant to develop the nation’s railway across the 36 states and the FCT was between $35 to $40billion.

“It wasn’t like this before. We had money to construct this railway. The total fund that we needed to complete the entire railway in the country was about $36 to $40billion,” he said.

While reiterating the Federal Government’s commitment to delivering laudable projects for infrastructural developments, the Minister asked Nigerians for more time.