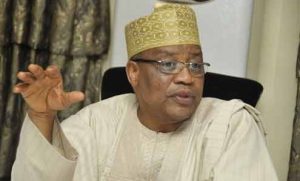 The former head of state, Ibrahim Badamosi Babangida, on Friday noted that he is patient in writing his memoirs because he is scared of revealing some secrets.

IBB stated this while speaking on Channels TV, he further stated he wants to do a thorough job of it.

“I am scared of somebody suing me to court to say that I libelled somebody or that I misrepresented somebody and I will spend five years going to court,” Babangida said.

When asked of his friends’ opinion about being bound by the oath of secrecy to keep some issues to himself, he responded: “Don’t forget, not only in Nigeria but throughout the world.”

“For a certain number of years beyond which anybody will punish you, for opening the secret because you have passed a certain period.”

“It (memoirs) will come but if it doesn’t come my children will go into the classroom and research. Everything that will need research about us we have in abundance. I know that General Obasanjo has a library that is very rich.”